Today’s 31 Days of Magic project from the strategic sorcery community around Jason Miller, is sex magic.

This is kind of awkward for me. I’ve written this post four times, and each time deleted and started again.  I’m a middle school teacher, and sex is kind of a touchy subject for us. Well, actually — it’s a no-touchy subject for us, really.  And I hit puberty more or less in the same week that the newspapers realized that Sex + AIDS = DEATH!!, so I’ve never had a significant amount of sex-education that I didn’t seek out for myself; they canceled classes rather than teach us anything useful — because AIDS made it seem like nobody knew anything any more about sex.  Maybe they didn’t.

Our students are usually right on the cusp of puberty; sometime between fifth grade and eighth grade, puberty hits most American children pretty hard.  It’s a confusing time for them and for us the adults who have to watch over them, and for the administrators who have to watch over the adults who watch over the kids.  And no one really feels empowered to explain anything to anyone — because doing so subjects us to opprobrium and lawsuits from the angriest, most-conservative and most-combative parents.

As I understand it, the sex-education job most often gets done by whichever teacher can do the best job of doing the worst job of doing it. I recently had a chance to do some work for @Alice Dreger (I helped her translate a Latin motto, although I like the new one), who made national headlines in the Huffington Post when she attended the sex-ed class at her son’s school, and live-tweeted the experience.  Reading her tweets on the subject reminded me what a mess this subject is.  I was horrified at the ignorance, the argument-from-anecdote, the authoritarian stance of the teachers which wasn’t backed up by scientific data at all… and my impression is that this is fairly typical.

Funny story:  More than ten years ago, I encountered the original version of this Dan Savage column.  I thought it was great. And I kept it in my files.  Sometime later, maybe three or four weeks later, an administrator at my school approached me and asked if I would teach the sex education class at my school.  I said, “Sure, but maybe you should read this column. Because this is what I believe: learning to take care of your health, learning to talk to to people, reading extensively on the subject of sex and sexual health, learning human anatomy, and learning to get good at sexual technique. And I believe this for girls and boys.”  The administrator took the column, said he’d get back to me… and never did. Ever.

Fast forward to six years ago. An administrator at my new school approached me about teaching sex education at my school.  I handed over a copy of the column and said, “This is what I believe about sex education.  Are you sure you want that?”  No one ever got back to me about my new assignment. 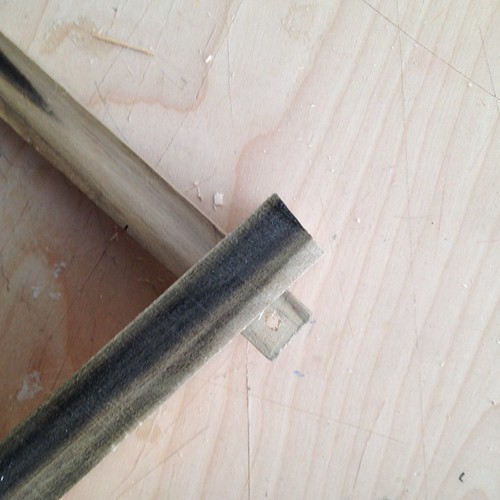 And no one has ever asked me again.  It’s been the single most-effective barrier I’ve ever found against having to do the job of teaching sex education.  I don’t even think that Dan’s column is all that radical; it’s a fairly simple list:

And so here’s my sex-magic: A sample mortise-and-tenon joint (which people have been making sex jokes about since at least the Middle Ages, and maybe since ancient Egypt) freshly cut and assembled today.    As I learned from making a dovetail, sometimes you just have to leap in and experiment, and try something out, and see if it works for you.  Your first few attempts may be sloppy and ungainly and ugly, but it’s through practice that you get the hang of it.

I practiced doing something interesting and difficult, and I found a way to talk about it to the wide variety of readers of this blog — which, Dan Savage says, is one of the things that young teenagers should do so that they’re interesting enough to get laid in their later teenage years. 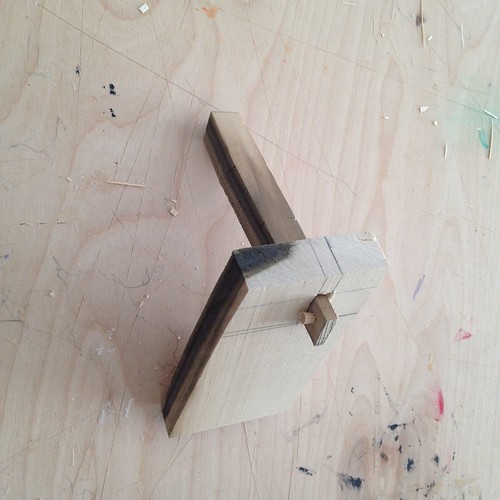 But I’d like you to consider, as you regard my tongue-in-slot, tongue-in-cheek carpentry demonstration, that while shop and carpentry classes are presently in decline in America — it is still more possible to get an acceptable basic education in carpentry in American schools than it is to get almost any sex education in the self-same schools.

And so this is my sex-magic: may this model encourage people to push for the development of science-based, sex-positive, high-quality comprehensive sex education, in the form of curriculum and policy and teacher-and-family support systems.

Because no one should have to learn what there is to know about sex from a model carpentry joint.